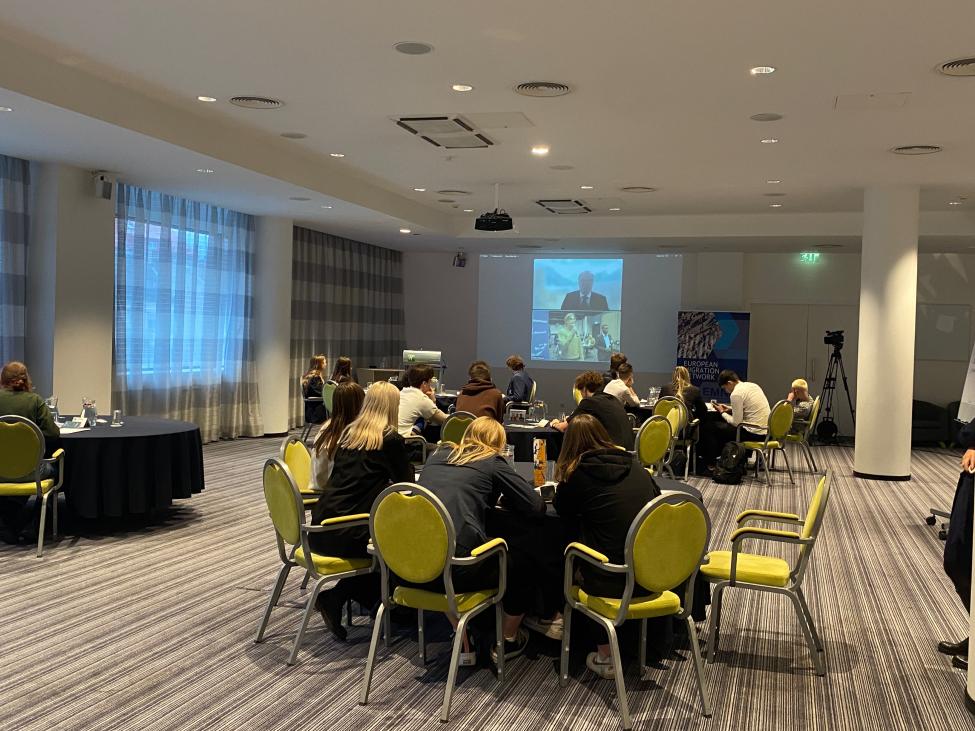 However, migration is linked to the perception of the other and as a result, in the migration context, it is difficult to dissociate oneself from existing prejudices or stereotypes. Furthermore, young people’s voices are rarely heard in the public sphere. To change the situation, the European Migration Network in Lithuania organised an EMN Youth Day to commemorate the International Day of Tolerance.

On 16 November, young people at the Holiday Inn Vilnius hotel, during a virtual bridge with 10 other countries of the European Union discussed the opportunities offered by migration. “In the Lithuanian public sphere, public debates about migration issues are often not well-grounded in facts and lack a balanced representation of different points of view. Therefore, we at EMN Lithuania are pleased that during the EMN Youth Day, participants identified their concerns and shared insights with their counterparts from other EU countries,” says Project Assistant Pijus Domantas Petrošius.

At the EMN event, the educational game “Destination Europe” was also played. After playing the game, participants of the event discussed the migration phenomenon and agreed that it benefits the host countries and the whole international society. “The involvement of young people is important when faced with a multifaceted phenomenon such as migration. Students made good arguments and highlighted the key aspects of migration,” Saulius Mažlekas, a member of the EMN Lithuania team, summed up the discussion.

"Destination Europe" is an engaging discussion platform that introduces users to migration and integration decision-making. They take up roles of various actors involved at the EU, national, and city levels and immerse themselves in different future scenarios about migration.

Olga from Ukraine: Sometimes war has its advantages

Ola Henrikson: The issue of Ukraine has become one of the most important items on the agenda

Helping Ukrainians in the EU with their job search