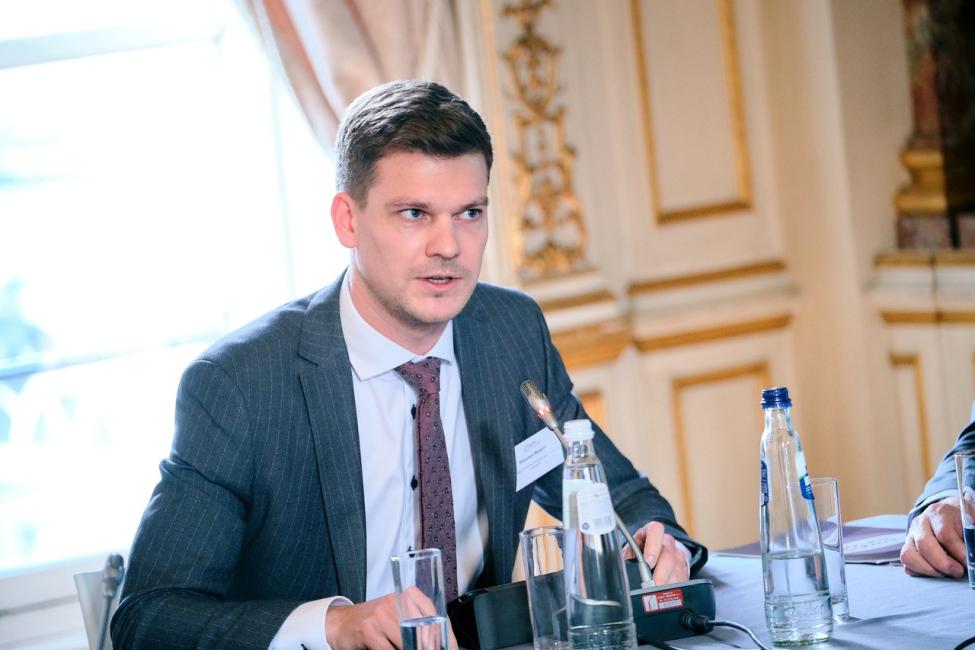 Eitvydas Bingelis is appointed as the new Head of the IOM Office in Vilnius. Photo: IOM

From June 1st E. Bingelis is replacing dr. Audra Sipavičienė, who was the Head of the Vilnius Office from 1998, when IOM started its mission in Lithuania.

“I welcome the appointment of Mr. Bingelis as the head of our office in Lithuania. Under his leadership, we look forward to continued cooperation with Lithuania to address challenges and opportunities in the shared interest of better governing migration for the benefit of all,” said Ola Henrikson, IOM Regional Director for the EU, EEA and NATO in Brussels.

In 2017-2020, E. Bingelis served as the Vice-Minister of Social Security and Labor of the Republic of Lithuania. Previously, from 2012 to 2017, he was the Secretary General at the Order of Malta Relief Organization in Lithuania. Furthermore, the new head of IOM Vilnius Office since 2015 was a board member of the Lithuanian National Anti-Poverty Network, while in 2017 E. Bingelis was delegated to the Executive Committee of the European Anti-Poverty Network (EAPN).

IOM is an inter-governmental organization that works with its partners in the international community to assist in meeting the operational challenges of migration, advance understanding of migration issues, encourage social and economic development through migration and to uphold the well-being and human rights of all migrants. IOM has local offices in more than 100 countries and employs around 15,000 staff worldwide. IOM formally joined the United Nations system in 2016 and now serves as the Coordinator and Secretariat for the UN Migration Network, established in 2019. The Organization's headquarters are in Geneva.

Portrait of a Ukrainian refugee: intentions and needs

Natalija from Bachmut: at the moment our biggest wish is to find a home in Lithuania