Olga from Ukraine: Sometimes war has its advantages 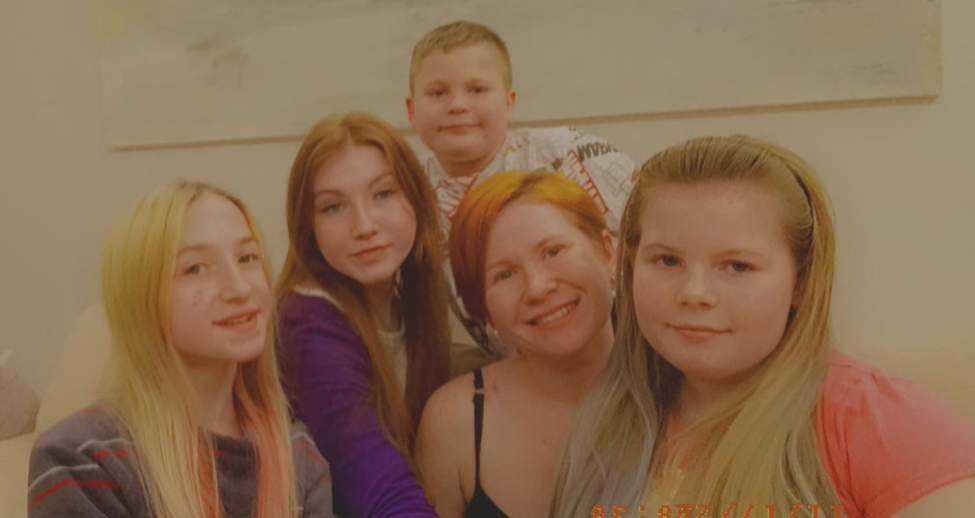 When the war started in Ukraine, many people had to flee their country. They left their homes and jobs because they wanted to save their lives and the lives of their loved ones. Olga Trofimenko left Ukraine in early March with her two children and two teenage sisters. She was advised by her brother, who is currently defending his homeland in the war.

Olga says that being forced to leave your country is like the ground slipping from under your feet, when you don't know where you will end up or what to expect in the near future. She lived in Odessa with her family. However, when the war started, she took a train and went to Lviv, and from there she reached Lithuania and ended up in Alytus.

Olga says that her sister, 14-year-old Viktoria, had scoliosis - a curvature of the spine, so the trip to Lithuania, which was already difficult, became even more complicated. After their arrival, they settled in Jonava, Olga is very grateful to Milda from Jonava, who accommodated them in her apartment. She also helped to fill out the necessary documents so that Victoria could receive medical help and doctor's care. Doctors in Ukraine did not have any optimistic forecasts for Victoria, the treatment was supposed to be long, expensive and complicated. However, in Lithuania, the sisters visited Kaunas, where doctors referred them to the Santaros clinics. Victoria had a successful operation here, and later the rehabilitation.

According to Olga, the results are astounding. Olga is very grateful to the head of the Mother's Union, Egle Mėlinauskiene, who helped family in a difficult time, and to the doctors who did a miracle. "We lived in a center near the Santarosclinics, where we were very warmly accommodated. I am very thankful for all people who were willing to help us. Overall, a wonderful thing happened in this very difficult situation - my sister feels much better, she even looks different. It can be said that even the war can have its advantages," - says the 29-year-old woman.

Now, Olga and her family are sheltering in a temporary apartment, which IOM Lithuania together with the accommodation platform Airbnb helped her to find . Now our most important issue is, of course, a place to live, I hope we will be able to find it soon," says Olga. Currently, her children and sisters are studying in Vilnius, so she hopes to stay in the capital and not change her place of residence, at least for now.
Olga firmly knows that after the end of the war, she will return to Ukraine to her hometown and will continue creating her life there, and although her plans were interrupted by the war, she hopes that this is only a break, and later she will be able to achieve her planned goals.

International Organization for Migration Vilnius office (IOM Lithuania) together with the accommodation platform Airbnb helps Ukrainian citizens find temporary housing. Ukrainians looking for permanent housing can live in one apartment from 7 to 30 days, and spend this time looking for a long-term place of residence. This service is provided to them free of charge. Since the start of the project, 7 families, a total of 21 people, have been accommodated in the housing offered by Airbnb and IOM.

Persons for whom the short-term accommodation service can apply, shall contact  the organisation ,,Stiprūs kartu” (“Strong together”) dialing short number 1808, or they can directly contact IOM Lithuania by phone +37061516930 or by email: IOMUArent@iom.int.

Ola Henrikson: The issue of Ukraine has become one of the most important items on the agenda

Helping Ukrainians in the EU with their job search